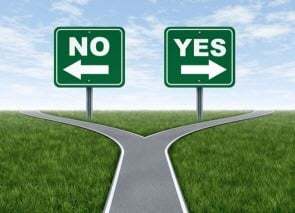 But if a comedian doesn’t know how to develop corporate type or family friendly stand-up comedy material that kills at headliner level, then they will remain excluded from higher paying comedy work outside the comedy club market.

The differences in comedian income from the comedy club market and any other market are huge. To be more specific…

Comedians who can develop a solid act suitable for ANY audience, not just comedy club audiences will command 5-20 times the income per show.

Let me give you an example of what I am talking about in real dollars:

It’s been said before, it’s easy to make a clean act blue, but it doesn’t work the other way around.

The talent a comedian has and the decisions a comedian makes about the type of stand-up comedy they want to deliver directly affect a comedian’s income potential as a live entertainer.

I make no judgment on the stand-up material a comedian chooses to offer an audience. Those decisions lie solely in the hands of the artist.

But if you run across any comedian who tries to pull the “I don’t do it for the money” line, ask them this question and pay attention to the answer:

I performed at literally dozens of these kinds of “low pay – short time” corporate events and parties, year after year when I was actively performing.

The most optimal situation I can think of for a comedian is to have the skill to develop stand-up comedy material for any audience — inside or outside the comedy club market and to be able to do it with relative ease.

The reason I reveal these secrets is so that talented comedians don’t have to wait until they are a middle act working towards headliner before they become aware of the potential financial rewards available for talented and funny comedians outside the comedy club market.