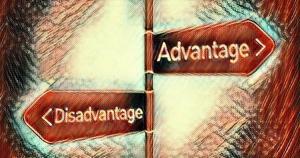 While the question asked in the title of this article may seem seriously stupid at first glance, you may be surprised to find out that most new comedians unknowingly opt for having a crippling disadvantage when they enter the world of stand-up comedy.

If you don’t believe that, I will give you a means to accurately verify this for yourself a bit later.

But for now, let’s look at the contrast between having a serious advantage versus a crippling disadvantage in stand-up comedy — I’ll start with the disadvantage approach first.

Here is all you need to do to have a crippling disadvantage in stand-up comedy as a new comedian:

But do not take my word it. Not at all. Here’s all you have to do to easily verify if any of what I have just presented is accurate for yourself.

Go to any stand-up comedy open mic as an audience member, armed with a piece of paper and a writing utensil.

At the top of the paper, title two columns with these words:

As each open mic comedian performs, put a tick mark in the appropriate column. The results will overwhelmingly speak for themselves no matter where on the planet the comedy open mic is taking place.

Now if you want to go further, ask those comedians that made it into the “Killing” column how long it took them to kill on stage. It won’t take you long — there will be few who make it into the the “killing” column.

In most instances you will find that it literally took them years to overcome the disadvantages I have described above – mostly through shear persistence coupled with massive amounts of trial and error.

This is one of the reasons that I have the utmost respect for any comedian who can generate the big audience laughs when they hit the stage. I fully understand what they have endured to get to that level.

Now, let’s take a look at the flip side…

Here’s how to have a serious advantage in stand-up comedy as a new comedian right from the very beginning:

Right about now you are probably expecting some sort of sales pitch for my Killer Stand-up Online Course. Nope, sorry to disappoint.

But what I will say is this…

There is a ton of free information available on this blog to support anything I have presented in this article. Check it out for yourself if you so desire.

In other words, there’s no need to spend a single penny to find out if what I have to offer in the way of advanced training materials will resonate with you or not and help you reach your stand-up comedy goals.

The real bottom line when all is said and done is this beyond all else:

What I have presented in this article are things YOU have to explore and realize for yourself on your terms – not mine or anyone else’s for that matter.

Whether you realize it or not…

You are truly the one and only master of how you approach and execute the grand and exciting adventure known as stand-up comedy.

And know this – I respect your approach to stand-up no matter how you choose to tackle it.