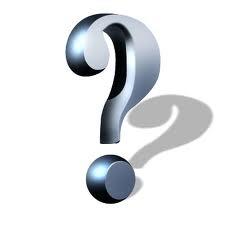 I have been approached by several journalists lately with broad questions about stand-up comedy.

One of those questions was:

Why hasn’t stand-up comedy been big since the late 1980’s?

It’s a well-known fact that stand-up comedy was a massively booming industry in the early to mid ‘80’s — largely due to the difficult economic situation, the novelty of stand-up comedy at the time and its affordability as far as live entertainment goes.

Before the mid-80’s, TV viewership involved a group dynamic where families (and friends) watched TV together. Why?

TV’s were expensive and not everyone even had a TV.

This contributed to a group dynamic for viewership for which stand-up comedy is particularly suited, since laughter is usually a shared response to tell others that the “funny” part of a joke was understood and appreciated.

The price of TV’s was also falling dramatically — so much so that in a short time every household not only had a TV, but had multiple TV’s.

This created a viewing shift from group viewership to individual viewership, which puts many stand-up comedians in the worst possible light because…

Without even a small group dynamic/viewership condition in the home, comedians are reduced to mere subjective determinations of how “funny” or “unfunny” they are.

In other words, an individual viewer can make the determination that a comedian is not funny, and certainly not worthy of paying money to see based on purely subjective determinations made without the benefit of a group dynamic — even if the comedian is slaying the audience in the TV program or video.

Note: Audience laughter generated in a video does not carry over in any meaningful way when individual viewership of stand-up comedy is involved.

As computer use began to expand, in 2006 a major online video phenomenon called YouTube was launched. This only added to the condition of individual viewership of stand-up comedy videos without the benefit of any sort group dynamic.

Historically, every recessionary period had resulted in a boom of sorts for stand-up comedy — except this one. There hasn’t even been a significant growth in stand-up comedy on TV.

Now you know why.

You will also find that there has been no significant growth in the number of comedy clubs (which hovers at about +/- 300), nor has there been any significant action by existing comedy clubs collectively to improve the quality of the stand-up comedy delivered in the comedy clubs or market their entertainment product better.

These conditions affect, and will continue to significantly impact the growth of stand-up comedy as an industry.

But the news is not all bad…

Yes, There Are Still Fantastic Opportunities For Funny People

Given what appears to be a bleak scenario that I have painted so far (and one which will not be going away), here’s a question I want to answer:

Are there any opportunities for talented individuals in stand-up comedy?

The answer is a resounding YES relative to two specific conditions:

It will be these folks who will rise to the top quickly and be exposed to opportunities that other comedians will only dream about.

2. ANYONE who is able to develop and deliver stand-up comedy material that can generate an average of 18+ seconds of laughter per performing minute AND is suitable for audiences outside the comedy club market — corporate, cruise ships, colleges, etc. — will have the most stand-up comedy career opportunities as a live performer, both in gig availability and pay possibilities.

Keep this in mind:

Stand-up comedy is the most challenging performing art form on the planet.

But it is also one of the most unique — only a relative few will ever master the stand-up comedy stage.

And for those who can master the stand-up comedy stage, the opportunities are — and will always be — tremendous.

However, until there is a major shift in the way stand-up comedy is viewed with the benefit of a group dynamic and group viewership outside the live performing environment…

Don’t wait for any sort of stand-up comedy boom to happen anytime soon.

3 Replies to “So, When Is The Next Stand-up Comedy Boom Going To Happen?”