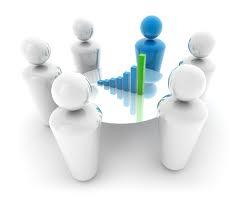 Comedy clubs are no different than any other business from this perspective:

If you don’t keep up with the times, you get left behind. And despite recessionary times that usually result in a comedy club “boom”, that hasn’t happened.

That’s why I am kind of surprised that most comedy clubs haven’t tapped into corporate comedy as a major profit center to add to their bottom line.

Here’s why I can say that:

Note: High level local corporate comedy talent could be developed literally within months given the proper guidance on how to develop a stand-up comedy act.

Gig availability. There are potentially hundreds of local corporate type gigs available each year that would very much enjoy an appropriate entertainment alternative to a band or a DJ.

Profitability. Most larger corporate type gigs have a budget for entertainment and can command $2000+ per show (depending on a number of factors including number of attendees, budget size, reputation of the performers, etc.).

No cost advertising platform. An active comedy club already has thousands of patrons from all walks of life that come through their doors every month. The comedy club need only announce during their shows that they have clean comedians available to make corporate functions and events memorable.

Note: Comedy clubs could also host a monthly Corporate Comedy Spotlight where Chamber of Commerce members (for example) are invited to check out the clean comedy talent for use in future events or functions.

All I know is this:

Most comedy clubs don’t take advantage of utilizing or developing a corporate comedy talent as a profit center for their business – one that could not only be potentially highly profitable to the comedy club, but profitable to comedians as well.

Please pass this article along to any comedy club owner or manager you know. 🙂

5 Replies to “Why Don’t More Comedy Clubs Have A Corporate Comedian Profit Center?”