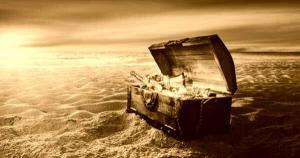 If you have read the Special Report: The Stand-up Secret That No One Else Will Tell You, then you should realize that stand-up comedy material is produced and delivered spontaneously by you and by the people you interact with on a daily basis.

While I do have a bonus lesson in my course about turning conversations into stand-up material, to my knowledge there's never been any sort of organized process for continually collecting and harvesting potential stand-up comedy from casual conversations --- until now.

First, let me provide you with limited access to that lesson called How To Turn Casual Conversations Into Powerful Stand-up Comedy Material. This should give you some context about just how easy this process can be.

What I intend to do with this article is to provide some guidelines that you may want to consider as you start paying more and more attention to what is being said and expressed when you interact with others conversationally.

As you will see, the advantages are great because you can not only get bulk comedy material that is tested and ready to edit/tighten as well as comedy ideas that you want to explore.

But this is a very powerful tactic that should not be ignored, especially for those who are struggling to come up with solid stand-up material.

You may find yourself trying to "push" things to be funny in a way you would not normally do when talking with others.

My advice --- avoid this all all cost! The last thing you want to try to do is to "make" or force things to be  funny that aren’t really funny to you.

If you try to "force" funny to happen, it will have the opposite effect. You might as well be trying to "write" funny out of thin air like the so-called "experts" tell you to do (attend a local comedy open mic to get a great idea of how bad you can suck using the "writing" everyday approach).

So what you need to do is:

Be yourself and DO NOT think about trying to "make" comedy happen when you engage with others. It will happen all on its own, just like it has since you have been talking with other people.

But the difference is this: Your attention needs to be focused when something is said by you or someone else causes genuine laughter to happen.

Now what I'm going to present is provided in a linear way. In reality, once you have the process steps down, you can go about the business of harvesting comedy material in the way that best suits you.

The next thing that you need to do make some mental notes about what was said and how it was said to cause laughter to occur, specifically:

Note: You should expect most of the laughs to be in the 1-3 range because you won’t have the bigger audience group dynamic like when performing on the comedy stage that helps to generate the biggest laughs.

Obviously, it might not be prudent to take out your phone or a notepad out every time somebody says something that causes laughter to happen.

So I recommend that as soon as the conversation has ended, make written or verbal notes about what was said that caused the laughter.

Note: The longer you wait to do this important step, the more you will forget. FYI.

Everyday, I would write out word for word (to the best of your recollection) what was said and identify the punchlines in the material.

Note: You will be able to see for yourself that most spoken word punchlines won’t "read" funny because they were spoken and designed to be experienced, not designed for an individual reader to consume.

I would do this for 1-2 weeks depending upon how much potential comedy material you have to work with before I would start processing the bits you have collected as possible part of a stand-up routine.

So just to be clear:

1. You need only be yourself in this process.

2. You need to be alert when something is said or expressed that cause laughter to happen (by you or others around you).

3. You need to make an immediate mental note of the things I covered above when conversational laughter occurs.

4. When you have a chance, produce written or verbal notes to help you remember every possible detail about the exchange that caused the laughter to happen.

5. As soon as possible, you need to write out word for word what was said and by who, realizing that you will ultimately be converting dialogue exchanges into a monologue (include any notes that you may need to refresh your memory of how the conversation was expressed and delivered).

At the end of 1-2 weeks you should have more potential comedy material to work with than you can get stage time for. But please note:

Now, let’s take a look at what you need to be aware of at this point of harvesting comedy material from casual conversations.

The Advantages Over "Writing" Comedy Are Huge

Should you decide to engage in this exercise of harvesting potential stand-up material, you should make note the following:

Most of the work for this process initially is simply paying attention. Even when you do start to transform the funny conversation material that you have collected, the work involved is primarily formatting and tightening "raw" material that was already produced and generated laughter.

There’s no "finding" or guessing what may or may not be funny. When you are engaging in conversations that result in laughter, there is no doubt that whatever was said and expressed was funny for the audience at hand (even if it is just one person) – no matter who was talking that caused the laughs to happen.

Let me put this another way…

You will be working with material that has already proven itself to have laughter generating ability. If you can find a better starting situation when it comes to brand new comedy material for the stage, I’m all ears.

Quality ALWAYS matters over quantity. Probably the biggest advantage from this approach is that in a relatively short time you will have a large (and constantly growing) quantity of potential comedy material from which to choose the highest quality items to make into stand-up comedy for the stage.

This alone can provide you with a serious advantage as most new comedians don't have a large quantity of material to choose from.

IMPORTANT: Make no mistake --- not everything that you harvest in the way of conversational comedy will be usable on stage for any number of reasons that I believe was addressed in the Special Report.

However, just like anything in life, the more you do something the better you tend to get at it. The same can be said for conversational comedy that you ultimately choose to harvest and develop the stage.

Now let’s assume it has been 2 weeks, you have a quantity of conversational material that generated laughs written out to the best of your recollection.

That’s when you move to Phase 2.

As previously mentioned, much of the conversational comedy material that you collect will be in a dialogue type of format --- one person provides the set-up information and one or more people provide the punchlines which cause the laughter to happen.

So that means you need to convert the dialogue into a monologue where you are providing the set-up information and the associated punchlines.

Here's the advice I can provide when you do this:

1. DO NOT edit the punchlines if at all possible. If you do this, you run the chance of taking the funny out of the joke.

Note: Almost all spoken word punchlines have a specific structure that helps the line get the laugh (this is covered in detail in my course).

2. When working with conversational material that was provided by someone other than yourself, you need to say that material OUT LOUD to make sure that it works well with the way YOU talk and express yourself.

The reason is simple --- everyone has their own individual way of expressing themselves. The bulk of someone’s ability to generate laughter is not from the words used themselves ---it’s from the individual nonverbal communication that accompanies those words.

So you need to make sure that whatever you are adjusting from the conversational dialogue is in alignment with how YOU talk and express yourself.

If not, you need to pass on that material for now and work on something that does easily align with how you talk.

What you should have at the end of 1-2 weeks is a quantity of bulk comedy material that requires only a bit of editing before you take it to final rehearsal as well as some comedy ideas that you may want explore in future conversations.

But this is not the end of working with your collected comedy material --- you will still need to:

Once that's done, you will need to rehearse your finished material so that you can express it with a natural and flawless delivery.

There is a lot to know about stand-up comedy if you intend to succeed and not suck like most new comedians do.

But what I have provided you here are means to have more stand-up material than you can get stage time for. Trust me on this --- most comedians don’t ever have this sort of awesome problem.

Here are the links to 3 articles (without ads --- opens in a new window) that I believe compliment the information provided above:

Writing Down Vs. "Writing" Comedy Material And Why It Matters

Your Stand-up Comedy Material Is Written Down – Now What?