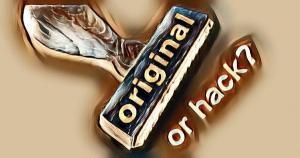 I was reading an interesting article a while back about alternative comics vs. comedy club comics:

The issue of hack stand-up comedy was mentioned. I left a comment about that, which was replied to by Phoebe Robinson, the author of the article.

Yes, I absolutely agree about the whole matter of bombing. Clearly, when that happens, there is either a disconnect b/t the comic and the audience or the jokes aren’t good enough. I think you bring up an interesting point with hacks, but don't you feel like 9 times out of 10, they are able to get by because the whole point of being hack is doing material that is easily relatable? That's how I have viewed it.

I replied to her comment, but due to space limitations, I couldn’t really say everything I wanted relay in my reply.

So, below is the full text of what I wanted to express on the topic of hack stand-up comedy:

All audiences, whether they be general, niche, ethnic, etc. are comprised of individuals with a wide and varied range of life experiences, beliefs, different age ranges and so forth.

However, no matter what the topic or subject a comedian talks about, the more audience members that can relate to, visualize, recognize, connect with and appreciate the material a comedian expresses, the more laughter they will generate if their material is funny.

This also has a direct impact on a comedian's ability to entertain most of the audiences they perform for with consistency show after show.

If a comedian delivers material that all or most of an audience can collectively relate to, visualize, recognize and/or appreciate, the comedian’s material is identified as “easy” and the comedian is labeled a “hack” by other comedians – especially if the material gets big laughs.

If a comedian delivers material that most of an audience cannot relate to, visualize, recognize and/or appreciate, they won’t get noteworthy laughs because the audience won’t get the “jokes”.

That may impress the comedians in the back of the room who are bombing with their own "alternative" or “cutting edge” material, but they won’t get far as a comedian if they can’t generate big audience laughs.

Of interest to note: Stand-up comedy thieves don’t steal “cutting” edge material that sucks – they steal material that is proven to get big laughs.

In an ironic twist, if you go to Wikipedia and look up hack stand-up comedy, you will find a list of so-called “hack” comedy topics (oddly enough, the general topic of sex which could be collectively considered the single most overdone, broad topic of all today is omitted from the list).

If you compare the stand-up comedy topics identified as hack on Wikipedia to the material that virtually any successful comedian delivers, you will find that at least some if not most of their stand-up comedy material would likely fall into one or more of the “hack” categories listed on that page.

You need only go to YouTube to verify that information.

The reality is that term “hack” as it applies to stand-up comedy is not only an artificial concept to describe a comedian's material, it is also largely used as an epithet by comedians who can’t generate the big laughs on stage to denigrate those comedians who can.

Am I saying there is no such thing as a hack comedian? No.

The more similar a comedian’s material (with regard to point of view, perspective, angle, etc.) is to that which has already been done by one or more comedians, the more “hacky” they are.

But also keep this in mind:

Virtually every broad topic or subject that an audience could collectively visualize, relate to, and/or appreciate has been done by some comedian somewhere in one way or another.

That's because there is a relatively narrow range of broad topics a comedian can address that most audiences can collectively grasp and respond to with laughter.

Even the comedians who focus their stand-up comedy material on politics, religion, social issues, world history, or other somewhat rare areas of stand-up comedy must do so in a way that an audience can collectively consume and react to, otherwise they wouldn't be able to generate the big laughs.

What will always make a comedian’s material original is their individual perspectives and points of view on life as they see it and experience it and how they express that to others – not the specific topics or subjects that provide that common thread for audiences to relate to collectively.

Unfortunately, most comedians attempt to use the same “formulaic”, “mechanical”, blind trial and error approach to developing their stand-up comedy material instead of capitalizing on their own unique perspectives, points of view and sense of humor.

Every comedian must make this determination:

Are they out to entertain the audiences at a high level -- which will propel them as a comedian but probably land them in the “hack” category whether they are or not, or do they pander to the comedians in the back of the room who appreciate “cutting edge” comedy that probably won’t ever generate noteworthy laughs?

Only the comedian themselves can make that call.

One of my favorite quotes about a hack comedian is from comedian Tim Hawkins:

"A hack is any comedian who is funnier than you are".