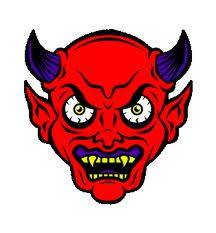 What is a hell gig? A hell gig for stand-up comedians is any gig that is not conducive to laughter generation. This can include, but is not limited to:

– Environmental factors that create severe distractions away from the comedy show

So, where does Comedy Evaluator Pro fit in?

You may be shocked to discover that…

Basically, it doesn’t fit in at all.

Let’s look at this from a logical perspective:

But if there is no laughter generation, whether the comedian is performing at a hell gig or not, well…

Then there’s nothing to measure.

What I will say about hell gigs is this:

There are a number of things to learn from hell gigs. But trying to measure laughter generation ability from a scenario where the comedian is doomed before they ever hit the stage is not one of them.

The very best thing a comedian can do when it comes to hell gigs is to avoid them whenever possible — especially when it is obvious that the gig is destined for failure before the comedian even gets to the stage.

Don’t play into this nonsense that “the show must go on”.

No it doesn’t — not when the set-up and/or environment sets the comedian up for failure right from the start.

Walk away from any gig that is a sure fire set-up for comedy failure.