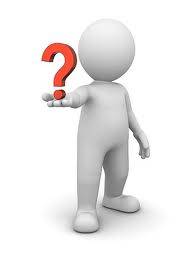 I get emails all the time that basically go like this:

Here’s my take on comedy classes and comedy workshops:

While they may be a great starting point for the most BASIC information about stand-up comedy, don’t expect to learn much about how to create a headliner level stand-up comedy act.

Related Article: Didn’t Get What You Wanted When You Took That Stand-up Comedy Class Or Workshop? Here’s Why…

Why do I say that? Ask your stand-up comedy teacher these questions and pay close attention to the responses they give:

1. How can I know that I am performing at headliner level?

2. What’s the sentence structure that 95%+ of all punchlines have?

3. How many seconds of laughter should I shoot for each minute and how do I achieve that?

4. If I want to talk about a topic, how do I develop punchlines for that topic?

See if you get ANY actionable information on the questions above. More than likely you will get some generic mumbo jumbo that tells you nothing about:

These are just some of the elements of developing a hard hitting stand-up act that are included in the Killer Stand-up Online Course.

It doesn’t matter how many stand-up comedy classes, workshops, books or systems you get — including mine. Folks simply cannot “write” themselves into being funny on stage unless they have some comedy talent to begin with.

Even then, there’s no need to “write” anything, especially “jokes” the hard, old school way when individuals can work on mounds of topic based stand-up comedy material at a time using the Killer Stand-up Online Course.

I hope that answers the question I presented at the beginning of this article. If it doesn’t…

All I can say is that individuals who have comedy talent and who are willing and able to apply my methods tend move along very quickly in their stand-up comedy adventures as evidenced by these Success Stories.

And I don’t think any stand-up comedy teacher anywhere can show that kind of measurable, undeniable proof that folks can get remarkable results when provided with the right tools and skills needed to get the laughs they want on stage like I can — and I am proud of that for sure!

Over 90% of my customers come from stand-up comedy classes and workshops because students can’t seem to get the solid, actionable information they need to move ahead quickly and capitalize on their talent.

2 Replies to “Which Is Better: Comedy Classes Or The Killer Stand-up Online Course?”