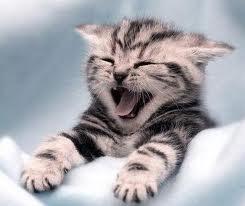 There’s one aspect of comedy timing that can only be learned on the stage, which is the adjustment of pause variations that happen naturally as a direct result of audience size.

Provided a comedian’s material is funny, here’s what every comedian should know about comedy timing…

The bigger the audience, the longer a comedian must pause after punchlines/tag lines to allow an audience to laugh. Bigger audiences will usually laugh longer than smaller audiences will.

Audience size will also affect how much material a comedian will deliver.

The bigger the audience, the less material a comedian will deliver because more time is filled with longer lasting laughter.

In contrast, the reverse is true. The smaller an audience, usually the more material a comedian will usually deliver because the laughs won’t generally last as long.

It’s not that the comedian is necessarily delivering material faster with a smaller audience.

As a matter of fact, a comedian’s delivery speed should remain fairly constant (and natural) for the most part, regardless of the audience size.

It’s only through stage experience that a comedian can develop this pausing aspect of comedy timing during a stand-up comedy routine because there is no “standard” audience size.

Some audiences may have 15 people and others may have hundreds of people.

One thing I know for sure is this:

It is nearly impossible to make corrections to comedy timing issues that affect laughter generation without an audio or video recording of a show to review after the show for performance improvement.

Most new comedians don’t record their shows and subsequently…

They wonder in amazement — sometimes for years — why they continue to be “off” when it comes to their comedy timing and can’t seem to generate the laughs they want.