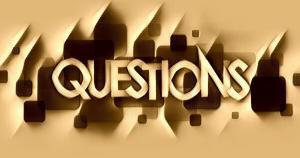 I’m going to say that the chances are very good that you fall into one of these two categories:

Category #1: You are looking for information on how to become a stand-up comedy professional and create an act that kills and not take years to do it like most people do or…

Category #2: You are a Toastmaster, a public speaker, teacher, trainer, etc. looking to use stand-up comedy techniques and strategies to “up your game” in your public speaking adventures.

It doesn’t really matter what category you may fall into — you really need to be armed with the right questions if you want to avoid the sea of largely useless, yet ubiquitous “expert” information found online.

Otherwise, you are going to waste many months, possibly years of your time that could have been completely avoided.

Pay Close Attention To These Questions

In my expert opinion, conventional strategies and tactics tend to move a person down a path that I believe is unnecessary and detrimental when it comes to generating audience laughter. Answer these questions honestly to understand why I say this:

Did you notice what these questions had in common? It can be described in a single, undeniable sentence:

You DID NOT have to learn or develop ANY sort of special writing skill at any point of your life in order to make others you meet and associate with laugh.

Let’s cut right to the chase, shall we?

Now For The Important Part

Virtually everything you can find online from the experts about comedy and producing it always focuses on a common theme which revolves around “writing” — the very thing that has had no impact on your personality, your sense of humor or how you express your sense of humor.

Each and every time you or the people around you say something that causes laughter to break out, stand-up comedy is happening only in a mostly dialog format instead of a tightened monologue format.

Each time laughter occurs in casual conversations should be considered the most solid indicator available that what was being discussed and the punchlines that were being used could have audience laughter generation potential.

I can’t begin to think of a better scenario when it comes to having access to continuously generated, proven comedy material that is ready to convert from a dialogue into a monologue.

So, if I’ve got your attention, let me show you how to start collecting comedy material and ideas that are happening around you and because of you everyday.

Here is what I recommend that you do — using the link below, review the article carefully:

If you can grasp the information provided in those two resources, you will have a significant edge over most when it comes to building a routine or collecting/building bits and stories for speeches and presentations.