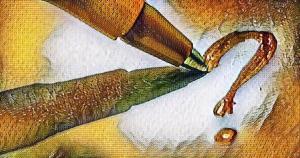 Most people who set out to tackle stand-up comedy assume that the real key to success is all about mastering the “writing”.

And when I talk about writing, I mean the literary, write-a-book-report type of “writing” everyone learns in school.

Well, I don’t subscribe to the notion that a person who is trying to create a powerful and funny stand-up comedy act needs to be doing much in the way of “literary” writing at all.

As a matter of fact, I know beyond a shadow of a doubt that any comedian or comedy entertainer who focuses only on “writing” as the means to get big laughs on stage…

Then most of the comedy talent that they actually have never makes it to the stage.

Related Article: Is Your True Comedy Talent Actually Making It To The Stage Or Is It Being Held Back?

But I want to focus on this idea that it’s all about the “writing”, using the process of auditioning for acting roles as an example.

Note: Stand-up comedy is NOT acting or vice versa. However both performance arts have some notable similarities since both are expressive arts dependent upon verbal (and non-verbal) communication.

If you have ever auditioned for an acting role (called a reading), then you know that you show up to a location where there are usually scores of other people, waiting for their chance to read for a part in a TV show, movie or commercial.

Related Article: Trying To Use Stand-up Comedy As A Vehicle To Break Into Acting?

I personally participated in a number of auditions to try to land acting roles when I lived in San Diego and my stand-up comedy career was just taking off.

And if you want to verify this with any casting professional…

Usually dozens and dozens, if not hundreds of actors audition for any particular role in a TV show, movie or a commercial.

If it was all about the “writing”, how come so many actors need to audition before one is selected for a role – especially since everyone is reading the same section of the script (the “writing”) for any particular role?

Seems to me if it was all about the ”writing” and the “writing” was exceptional, casting professionals should only really need to audition 3-5 people before they are able to cast an actor for a role, right?

But it doesn’t work that way because…

Casting professionals are looking for actors who can deliver and express the lines in a script (the “writing”) in the proper context of the part with the right expression, emotion, sensitivity, passion, intensity, demeanor, look, attitude, etc.

So it’s NOT all about the “writing” when it comes to acting. It’s more about the expression and delivery of the lines in a script or screenplay than how well they are “written”.

That’s why they have to audition hordes of actors to find the right one for any particular acting role.

Well this make come as a major shock, but it’s NOT all about the “writing” when it comes to stand-up comedy either.

Just like for an actor, the vast majority of a comedian’s power on stage lies the in the expression of what they have to say to an audience – not from what is literally “written” on paper.

As a matter of fact, being a great “writer” is NOT a requirement for killing audiences with a high impact stand-up act, if you know how to structure and capitalize on the comedy talent you already have from TALKING and EXPRESSING YOURSELF when interacting with others.

And that is MUCH easier than trying to “write” anything in the literal sense.

Audiences aren’t going to read your stand-up comedy material. They are going to experience it as it is expressed and delivered.

And they also won’t ever ask if any of your comedy material is misspelled.

Just stay dependent on “writing” jokes or other comedy material in the literal sense and keep leaving your real comedy talent at home.

The remainder of this interview can be found on this page.