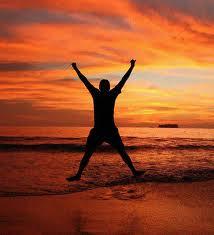 But I got the opportunity to perform again after a 7 year absence from the stage – and I nailed it! Here’s what happened…

I got an email from Gid Pool (one of my students) letting me know that he was headlining a gig at the Olde Stone country club right here in Bowling Green, KY (where I live) on Nov 2, 2012. He contacted me the week before to ask if I would do 10 minutes to open the show for him and I agreed, knowing full well that:

Note: There was a stage and the mic was great. The seating was more spread out than I would prefer and the stage lighting was extremely poor (basically, I was performing in the dark).

Still, I was able to do very well at the gig because I literally spent hours preparing for the gig using the exact same techniques I describe in detail in my course.

Because most of the stand-up comedy material that I had developed during my comedy career was clean and timeless, I didn’t have to spend much time selecting or adjusting material for the gig.

Probably the most exciting part of the gig for me was that I was also able to deliver some brand new, never performed material to the stage that killed.

Again, I can only attribute that to my system for developing and delivering stand-up comedy material.

I should have the video of my performance in the next week or so. And while I may not have quite hit the headliner level mark of averaging 18+ seconds of laughter per minute, I already know from experience that I was fairly close to that performance benchmark.

I will be evaluating my performance using Comedy Evaluator Pro as soon as I get the video and will update this article with the results.

Update: Well,I managed to average 14 seconds of laughter per minute (PAR Score 23) during this stand-up set after a 7 year absence. I’m pretty darn happy with that considering the extreme darkness of the stage, less than optimal seating arrangement and the fact that I was the opening act. 🙂

I also have enough experience to know that had the seating been closer and the stage lighting better, I would have generated much more laughter during this set.

Note: I will not be posting the actual video of this set in order to keep my material from thieves in the event other performance opportunities should make themselves available in the future (that should be a hint for other comedians when it comes to posting stand-up comedy bits on YouTube).

Let me leave you with this:

I walk the talk when it comes to my system. And if a guy like me who hasn’t been on stage for a very long time can come back and kill an audience after a 7 year absence from the stage — in the opening spot no less — without anxiety, hesitation or reservation…

Well, I think that says something. And getting paid $10 per performing minute wasn’t too shabby either. 🙂

But don’t take my word for it…

Contact Gid Pool and ask him how I did (he didn’t know how long it had been since I was on stage before I did the gig and was shocked when I told him after the show).

All I know is that there are few experiences that rival the satisfaction and sense of accomplishment that comes with being able to kill an audience on demand. 🙂