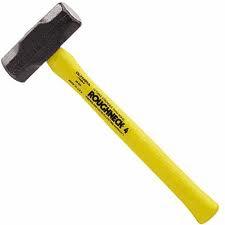 Been reading your blog and you seem to imply that comedians who do “dick” jokes or “edgy” comedy material don’t have the same level of talent as corporate or “clean” comedians.

I really take offense to that. Jack

Let’s get something perfectly clear Jack, and I will try to write this real slow so you can get it…

If you are actually reading this blog with any reading comprehension skill at all, you will notice that I talk primarily about delivering headliner level performances (generating a minimum average of 18 seconds of laughter for each performing minute).

That milestone is NOT arbitrary and is evidenced by simply measuring the headliner comedian performance levels in ANY widely distributed stand-up comedy CD, DVD, cassette tape, 8 track tape or LP produced since 1955 – no matter what kind of comedy the comedian is delivering.

I speak of this milestone usually WITHOUT regard to the “type” or style of stand-up comedy that a comedian chooses to deliver. End of story.

Now when it comes to income generation as a comedian…

Corporate comedians DO make much more money. If you don’t believe that, just ask ANY headlining comedian. Verify that information—don’t just take my word for it.

But because a corporate comedian makes more money than a typical comedy club comedian DOES NOT make them any more talented than any other comedian who has the ability to slay an audience.

To say so would be foolish, not to mention grossly inaccurate.

Have you checked out Comedy Central lately, Jack? There still seems to be a comedian there for every possible audience, with the exception of extraterrestrials (coming soon, I’m sure).

And my system for developing comedy material was NOT developed for any specific “type” of comedian.

I am a firm believer that the “type” or style of stand-up comedy any comedian wants to deliver is very much a personal and professional choice and should always be treated as such.

And for those who do want to capitalize on their comedy talent with a clean act outside the comedy club market, check out CorporateComedySecrets.com.

Hopefully Jack, that clears things up without you having to make an investment in a “Hooked on Phonics” course. 🙂

5 Replies to “My Reply To A Comment About Dick Joke Comedians Vs. Corporate Comedians”