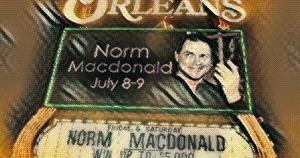 Another question I get on a fairly regular basis is this:

“Should I use a stage name as a comedian?”

And my short answer is that it is a 100% personal choice.

However, here are a few things you might want to consider when it comes to using a stage name:

1. Your identity is not hidden when you use a stage name. There was a time before the internet when using a stage name as an actor or entertainer would provide a measure of privacy and anonymity.

Those days are long gone, particularly if on gathers even a modicum of popularity, notoriety or fame.

2. A stage name will NOT make a person funnier. I believe that many people who want to use a stage name have the misconception that it will somehow give them some sort of “leg up” when it comes to being funny on stage as a comedian.

A stage name – no matter how cool or hip it may appear to be – is made made recognizable by the talent and ability of the performer using the stage name, not the other way around.

3. You can’t easily change a stage name once you have achieved fame using it. There have been countless people who have change the stage name they wanted to use early in their entertainment careers without issue.

However, once a person achieves a certain level of success and recognition, it becomes increasingly difficult to change from a stage name associated with that success. Why?

The reason is very simple – fans recognize entertainers and performers by the name they use. Their stage name then becomes associated with the performer, contributing to the power of the performer or entertainer to draw a crowd.

Changing an entertainer’s name to one that fans won’t immediately recognize would cripple that entertainer’s ability to draw a crowd.

Some people simply do not care for the name their parents gave them combined with their surname and they don’t want any fame or recognition they receive associated with their given name.

I suppose one could say that there is a vanity aspect to using a stage name in the same way some people are attracted to having vanity liscense plates for their vehicle.

And there are also people who may have first and/or last names that are very difficult say and/or spell and that provides the motivation for using a stage name.

As I mentioned earlier, the decision to use a stage name is a personal decision.

The only recommendations that I would make if a person decides that they want to use a stage name are these:

1. Think carefully about the stage name you may want to use. If you are set on using a stage name but can’t seem to nail one down, use a search engine to look up a stage name generator.

2. Once you have nailed down a stage name you want, start using it. Don’t wait until you have a measure of fame with your real name.

Any name that a person makes famous, whether it be their real name or a stage name is a very big deal.

Once of the best stories that I have ever read when it comes to illustrating the importance of a performer’s name involved famed singer Tina Turner.

Tina Turner became known as Tina Turner partly due to her marriage to Ike Turner (her real name was Anna Mae Bullock).

Tina Turner had garnered a noteworthy amount of fame using that stage name. But the marriage went south due to domestic violence issues and a divorce ensued.

I had read that the only thing that Tina Turner wanted in the divorce was her name. That’s because it is common for the divorcing husband to get a ruling that his spouse not use his surname adopted during the marriage.

She knew that if she was forced to abandon the stage name she had been using for years, it would have been devastating to her career. But she got to keep her stage name and the rest is history.

7 Replies to “Should You Use A Stage Name As A Comedian?”