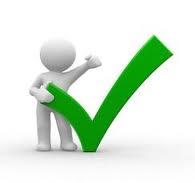 In my opinion the best review of the Killer Stand-up Comedy System and Comedy Evaluator Pro comes from an actual customer — and not a customer who has simply read through the material, but…

From one who actually absorbed and applied the powerful techniques and strategies available in that powerhouse system.

Below is an email I received from a customer. I will let you be the judge of that customer’s review and I provide my comments after:

I had always wanted to be a stand up comedian but never had the nerve.

Through an internet advertisement, I saw your ad for Killer Stand-up Comedy system. I decided to take a leap of faith and I purchased your system on June 5.

I studied your materials thoroughly and did a lot of writing and practicing over the past 6 weeks.

Tonight, July 20, I performed my very first stand up comedy set at a Talent Show at a local comedy club. There were over 100 people there, only 4 of them whom I knew or knew me.

I evaluated my set afterwards using your Comedy Evaluator Pro, and came up with the following results:

I have a long way to go to hone my material, delivery, nervousness, etc, but thanks to your system, I got started off in a big way.

Here are my comments:

1. It is fantastic that an individual can perform at headliner level on their very first stand-up comedy performance, don’t you agree?

By the way, I didn’t set the standards for headliner level performances.

2. Wayne has some serious advantages over most comedians because he was actually prepared — and not with that “joke writing” nonsense still being taught by virtually every stand-up comedy teacher, book and workshop.

He also had a solid performance benchmark to work from right from the start, which is to generate 18+ seconds of laughter for each performing minute (PAR Score 30+).

3. Once Wayne has some stage time under his belt and becomes more relaxed and comfortable with audiences, I thoroughly expect Wayne to be hitting 24+ seconds of laughter (PAR Score 40+) with relative ease and consistency.

That’s about the best I can do as far as a review of the Killer Stand-up Comedy System goes, except to say:

It takes much more than simply buying my system to get great results and there are no “magic pills”.

Individuals need to have natural comedy talent to begin with.

They must have the drive and determination to succeed.

And they must take action to develop and deliver a stand-up act that rocks the house.