There is a hugely false perception that almost anyone can do it well given some “written jokes” and some stage time.

Well, I will be the first to tell you that virtually anyone can suck at stand-up comedy — but only a relative few will ever excel at it to any noteworthy level.

This article will attempt to examine some of the reasons why so few comedians ever get past open mic performances or manage to get the big laughs on stage.

It should also give you a good idea why there are some tremendous opportunities for comedians who can excel on the comedy stage as well.

It’s Probably Not What You Think It Is

People who view panda bears from the TV or from a distance at a zoo are usually stricken with how “cute and cuddly” they appear to be. 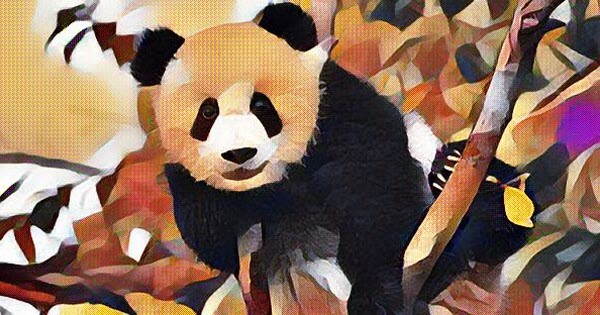 Such are the similar perceptions surrounding stand-up comedy.

It appears that comedians are just talking from the “top of the head” with no real preparation needed and that most anyone with a sense of humor at all should be able to do it — no real investment of time or effort is needed.

As with the panda bear example above, looks can be deceiving — very deceiving.

Arguably, stand-up comedy is considered one of the most difficult and challenging of the performing arts to master and succeed at — but not always for the reasons you may think — especially at the beginning of a stand-up comedy career.

The False Perceptions That Get In The Way

What attracts most people to stand-up comedy is their natural ability to use and apply their sense of humor to generate laughs during casual conversations with friends, family, coworkers and others they encounter on a daily basis.

Unfortunately, most of what makes a person funny in everyday life rarely makes it to the stand-up comedy stage for any number of reasons.

Here are just a few of them:

1. New comedians may falsely assume that a different or better sense of humor than they already have is needed to get the big laughs as a comedian.

The reality is that most people have more than enough comedy talent to do well as a comedian if they would effectively use and apply that talent when developing and delivering a stand-up comedy routine.

Trying to work only with words and sentences alone designed for an individual reader essentially strips an individual of all the other aspects that give them their true laughter power when they talk to others in casual conversations.

3. New comedians may falsely assume that little to no preparation is needed in order to deliver stand-up comedy material that will generate the laughs they want when they hit the stage.

These are just a few of the inaccurate perceptions that new comedians may have that can contribute to them getting stuck at the comedy open mic level.

Note: Yes, there are certainly some important differences between causing people to laugh in everyday conversations and causing an audience to howl with laughter.

But those differences primarily involve performing aspects and audience dynamics, NOT the sense of humor or the expression of that sense of humor when developing and delivering a stand-up comedy routine.

For example, when you cause others to laugh in everyday conversations, it is usually a spontaneous affair. Stand-up comedy on the other hand is a usually a premeditated affair.

However that difference shouldn’t affect the use and application of an individual’s already developed sense of humor when it comes to developing or delivering a stand-up comedy routine.

What I want you to pull out of this article beyond all else is this:

The fastest path to success as a comedian is to effectively use and apply ALL of your natural comedy talent in order to cause audiences to laugh in a way that opens doors for you as a comedian.

Simply go to ANY stand-up comedy open mic night anywhere in the world and you can easily see for yourself EXACTLY what I am talking about.

Ask all the open mic comedians who suck how they develop their comedy material and what they do to prepare for the stand-up comedy stage. Oh, and make sure you ask them how long they have been doing stand-up comedy too.

If this doesn’t demonstrate why I say there are tremendous opportunities for those who can develop and deliver a powerful stand-up comedy routine, nothing will.

No matter what, I want you to get past the open mic level as quickly as possible, whether you use the methods in my online course to do it or not.